Growing chillies, from nothing to now

I think growing chillies is not at all complicated, if you keep to some simple rules.
Sure as a real expert, I want you to believe it is all so difficult, that you really don’t want to grow them.
Buy your chillies with me, and you will have the best.

This is how it used to be, really, for instance:
The chilli was introduced in Korea by the Japanese, in the 17th century, where the Japanese held monopoly on “Japanese mustard” as Portuguese missionaries called it.
The Japanese told not only the Korean but the Chinese, Vietnamese and more, that chillies won’t grow in other climates, keeping the Japanese pepper for themselves. In the mean time they earned loads of money.

Well, even the Finnish have chillies growing now, so why won’t you?

The only tricky part about growing chillies is germination.

Now everybody has got wild stories, or less wild stories about germination and how it should be done.
Some do the first stage, growing its first root, in wet paper tissues or wet cotton wool or ziplock bags, and then transfer them seeds to soil. I have even heard people using germination powders and fluids that will cost you the world. The only thing I do is soak them in water fro 24 hours, and if they are looking a bit tatty or dirty, I soak them in weak chamomile tea.
But really all you need are good fresh seeds, and some patience. 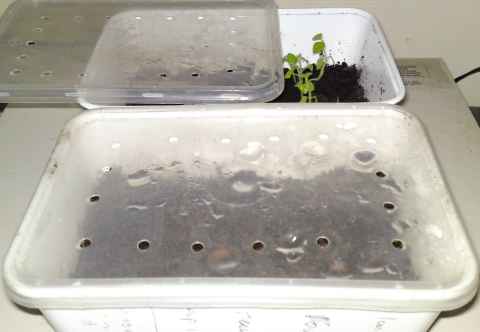 If you want to grow chillies, you need to be early with getting seeds and doing the seeding.
As I said soaking in water I sometimes do, but I do tend to forget at times, and did see no change.
I normally start in end of December and start January, putting the seeds in little takeaway boxes with some soil in it. Some little holes in the covers to have them have some ventilation, but not too much so they won’t dry out too fast. At this point they really don’t need any light, so I have them on top of my computer, which is always running. This will keep them at a snug temperature of 27 Celsius.

Some people germinate the seeds in root riot cubes, party cups with seeding soil or in propagators. Depending on the space you have, and the amount of plants you want to have, you can take whatever fits you the best.
I will get into this later, at the time you need to start seeding. 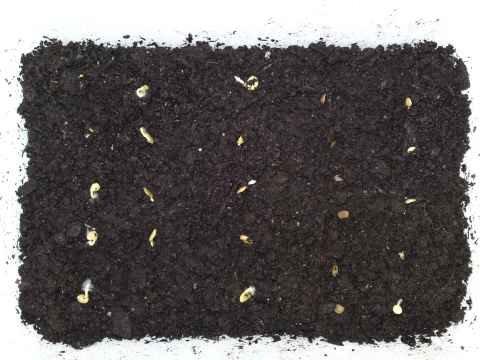 Then the waiting game starts, waiting for them to pop up, and show their seed lobes. 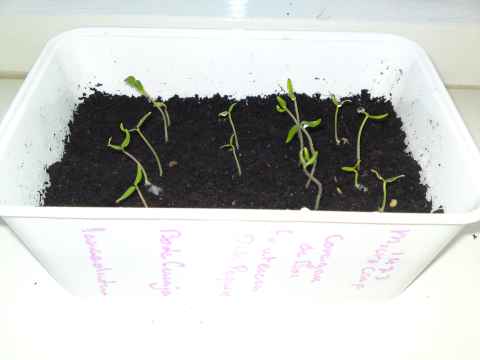 If they are all up, or the majority is up, I make the soil a bit wetter, and transplant them to home made root riot cubes. Some say that is too early, but it seems to work just fine with me, so I’ll keep to doing that. Here is the potpress, it is about 40 odd years old, and works like a charm. Bought it for 20 Euro at Ebay. 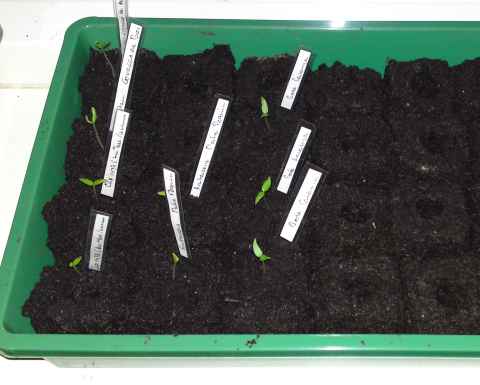 At this stage they don’t really need to be that warm, but they do need sun; otherwise they will get long and thin, so it is better to keep them cooler. 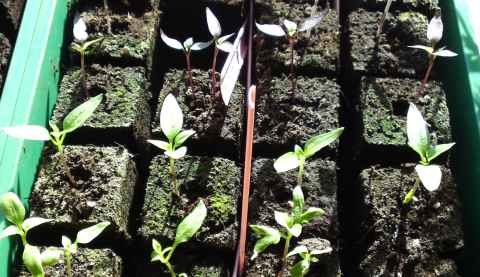 3 weeks later, they will look like this
Coming season I will explain all at the time when it is needed. Just trying to get you up to speed with what I have done and where I am now.

Potting soil, now that is a different matter. At least that is what a load of people say, and I have a few small tips for you on this point. I have used potting soil from 2 Euro per 40 Litre, up to stuff from 10 Euro per 40 Litre, seeing no difference whatsoever in short or long term. There are a few things to make it better though. You can use dried cow dun pellets, or a little horse manure in the bottom of the pots. Potting soil however seems to have enough feed for the chilli plants, though one can never be sure, so I give them some horse manure. If you take a look at Going green 1 and Going green 2 you see a lot of tips. One of them is very handy, and that is to use worm compost due to various reasons. The most important one being that plants growing in a soil mix with worm compost seems to have little or no problems with aphids and other creepy crawly things. I heard in Sussex all growers use worm compost to keep aphids away. And it works, like a charm. If I forget to add it to the soil, that are the plants that do get aphids. Not much harm as I make my own spray to kill the life ones, and to repel the flying ones that want to lay eggs. Another trick is to put some banana peel in the top soil, to keep aphids away. A spoon full of shredded peel will do per plant, and the worms love to eat it, if they are still in the worm compost. If you add another spoon full of shredded banana peel every other month they will be ok all year. The peel contains Potassium, Calcium, Iron, Magnesium, Manganese, Phosphorus and Zinc, which are a great feed for chilli plants, so the plant has all it needs. An other tip; add coffee grounds to the soil, they are a source for Nitrogen and great worm feed.

So, now we are at growing and getting the best out of your plants 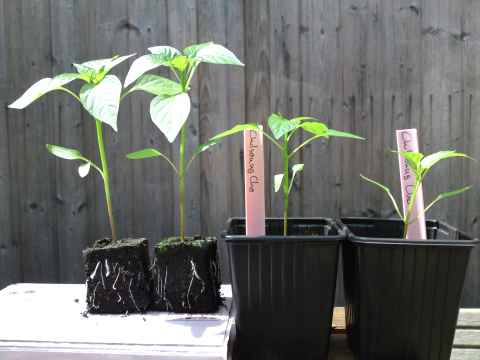 Here for comparison,  left with press pots home made from potting soil and 15% worm compost, at the right I used only pure potting soil. Big difference isn't it?.

We had the soil, the aphids and the germination and getting them out of the germination trays, or takeaway boxes and so on.
So it is time to pot them on in?
In the Netherlands the call the stuff potting soil, in some countries they call it compost, and I mix it up with 10-15% worm compost. After the seeds have “hatched” you can put them in pots, press pots or root riot cubes.
The can stay there from 6-8 weeks, in the press pots and root riot cubes, until you see roots are forming out of them. That is when you need to pot them on. If you use pots, as soon as you see good roots coming out of the pots, they need bigger ones. I mostly do it step by step, from cubes to 9 Cm pots, from 9 cm to 2 litre or right on to 5,5-7,5 litre. Depending on the sort they need 5,5 litre to 7,5 litre for 1 year, look at description of the variety you have on the net to how big they get. 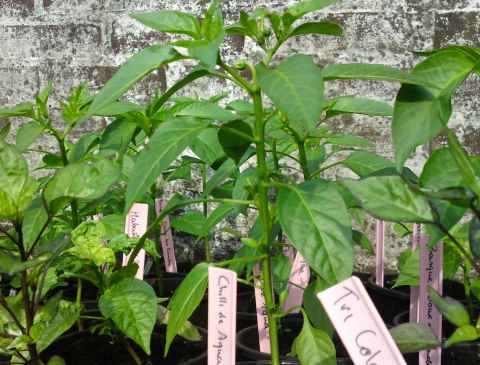 Here my plants are now about a foot high, some are even bigger!
Good grief, I am at 1100 some words ! 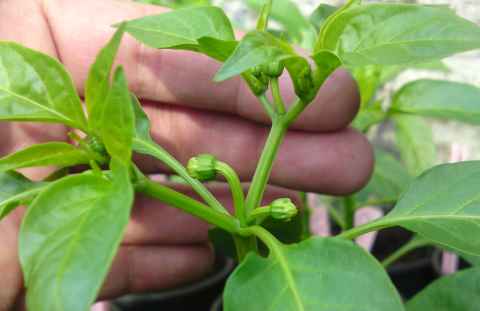 Next time I will tell you about the birds and the bees, the flowers and the fruits !