HP22B "Carolina Reaper", or the Carolina Ripper? Follow the money !

Well, as I said I would come back on this one, as I would get to see real proof and data. And?
Well, I have been nagging Ed Currie with questions as constantly, there is talk about proof. Talk doesn’t bring me anywhere, but I get to hear, proof has been published. . . 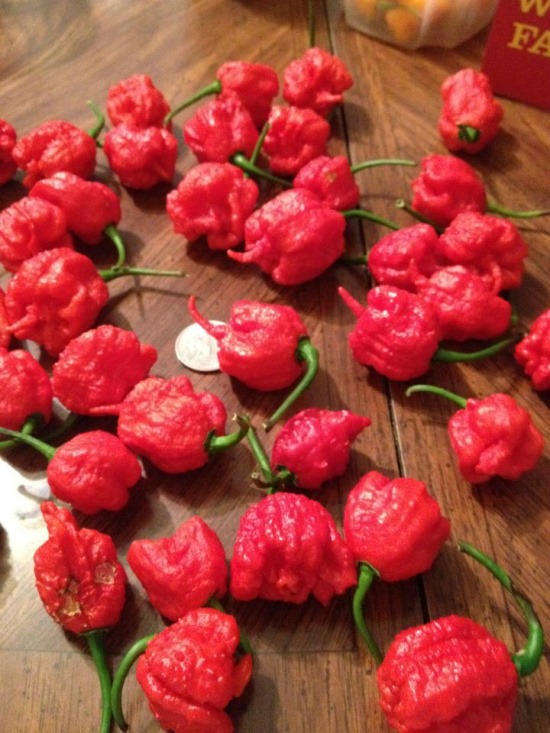 First what is happening with the Carolina Reaper?
Well as far as I got from Ed Currie which is the developer or the one to find it, this is a very stable chilli. Apart from that I learn the low and the high are very close to the average (mean US) heat. Now that, if it is true, would be fantastic for the chilli industry and the people using this chilli. As with a heap of super hot varieties it is almost like running the gauntlet, you never know how hot it is. And sauce makers will want to have a constant same heat, and the user of the chilli on itself as well. You don’t want your food to be twice as hot, just as you took a chilli from the wrong plant. So in fact, it would be fantastic !!

“This is not my goal” Ed says in an interview I had with him “The chilli is used in several researches at the Winthrop University and most important for me, it might be used in the fight for cancer”. Ed has already worked for several years together looking for the best and most stable chilli, and several studies have been done with the “kids”

So why did it get hyped?

Well any novelty on the chilli market and in the chilli scene is worth a lot of money. It is a lot better if it would be at the top end in heat scale if it has an ok taste. It would even be loads better if your super hot novelty is great tasting, and kept silent up to releasing it after it won a record and/or is registered as a new variety. When you have a registered name, or rather a patented variety, you have struck gold if it really is a great pepper.
Think about the peppadew, and that is a medium heat chilli !
So why was it released too early, hyped too much, and no proof was shown? To add to the hype? 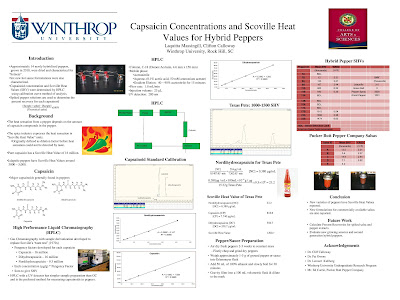 Well the story is this:
Ed Currie has this great chilli he is working on for years on end, and he has a little local hot sauce shop. He offers this chilli to Dr. Calloway for testing and using at research with the Winthrop University, so that students learn to work through the standardized testing methods without having to work with a dull white powder or a liquid that tells nothing. Dr. Calloway’s teaching interests focus on analytical chemistry as well as introductory chemistry for science and non-science majors, using real chillies, I like this man! Anyway, 04-11-2011 at the student researchers share project results from measurements and research is shown in a poster show. A local newspaper covers this news and national public radio, got to hear about it, and showed up at Ed Currie’s doorstep. The good and dumb reporter tastes a little and starts to throw up, this landed at youtube. Ted, Brad and other enthusiasts find out about it, and this way more and more people start talking about it.

Now, at some point Pepper Joe ( known to a lot of us) gets wind of it, and hooks up with Ed.
Now the rest I already puzzled together. Pepper Joe got his hands on a decent amount of seeds, and starts hyping this variety premature, even gets it a name in a contest and starts selling them. Ed didn’t see this coming. Too daft to be true, but well, a novelty is worth a lot of money. Such a shame, but what can you do, the word is out? It could have been much better and worth a lot more. Both for science and for the work Ed is trying to do with it.

So what can you do? 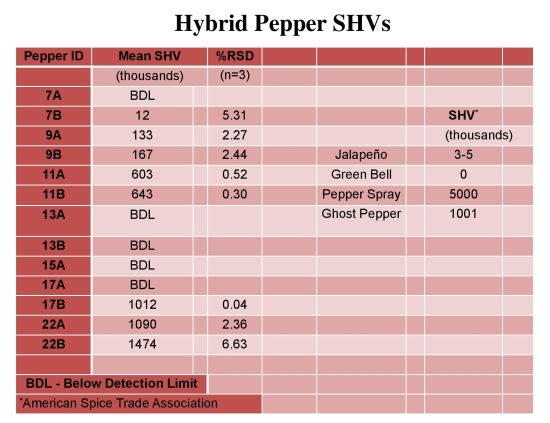 Now this thing is the oddest Ed has been saying that proof was published all the time. So where is it?
Well, simple, at the Winthrop University where you can ask for the results. The newspaper I couldn’t find, but what better to believe than a Uni. So I asked if I could give Dr Calloway a call, sure, so I did. I had a pleasant talk with him for almost an hour, and at the end was given permission to publish both the poster as well as a close up from the results of measurements. COOL ! Do I have a first now? No, this news is 2 years old.
Is Ed Currie going for the Guinness Record for Hottest Chilli?
Yes, the paperwork is in the process, and I get to show the nrs, 22b is the bad boy.