Well, at least that is what I got when looking for it history, and when tasting it.
This is a need to have chilli, oh sshh I am spoiling the plot, darn.
This chilli is said to come from Mexico, China, Bolivia and what not, it is so full with fruits it has even been called a frutescens. At least the last part sort of is right.

Guess where the name comes from? You might have guessed it, it comes from a market.

Dong Xuan Market, or Cho Dong Xuan, is the oldest and largest market in Hanoi Vietnam. It is located at Dong Xuan Street, in the northern part of the Old Quarters. I would love to visit Vietnam one time really. 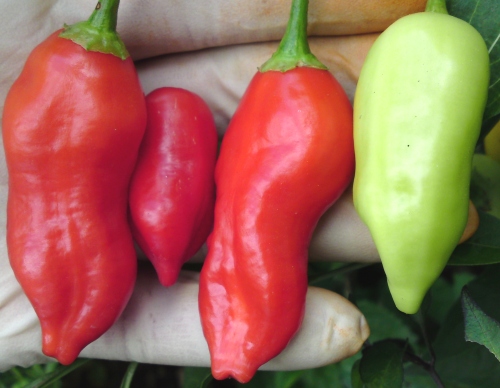 Normally I am all for diving into the less touristic stuff when visiting a country and get the real story. Still I would love to shop at this market and at the same time peeping into the corridors of history. This market has a large history yso; Dong Xuan Market in Hanoi is the place to start. It is not an open market like I am used to, it is a huge building a mall almost. This large multi- storied market sells anything and everything from fresh foods to home appliances; you will have it all here.
Its history will hit you if you know it, and if you visit this place. It was built in 1889, in the basis of combination and removal of two markets, Cau Dong and Bach Ma on the shore of To River. It was the place of the fierce battle between the Vietnamese resistance units and the French. Dong Xuan Market is also a historical place where there was a combat of soldiers of “Quyết tử quân” (“Deciding to die”) against the French attack to the heroic zone I, in February 1947. Being the biggest market and locating in the downtown, Dong Xuan Market is the most crowded and busy business place of the capital. 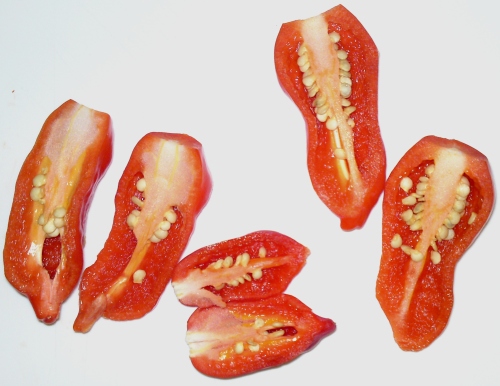 I love history sorry. This chilli has gotten its name from the old market, and it one odd and lovely chilli.
It is a baccatum with definite baccatum taste plus a twist. The plants can get huge over 1 meter in height and loaded with chillies. Its taste is historical, or a phenomenon, really a great taste. It has the normal baccatum taste, with extra lovely sweets and freshness due to a little sour but most of all due to a nice citrus accent. Its smell is fantastic. It is 30.000 to 50.000 SHU, making it a medium hot chilli. The taste is making it a brilliant chilli sauce base, or brilliant Sambal chilli. Baccatum extra plus I would say !
Its looks; unfortunately I haven’t got big pods this year, but if they do they look like Willy! Not a peter pepper that looks like a penis, no like a Willy. I have to explain this, there used to be an advertisement about safe sex in Germany about a condom called; “Willy das condom”